Is your brain making you richer or poorer?

Your brain. What an amazing thing.

When I think about brains (mine, yours, just brains in general) I’m amazed at their power.  The things that people think up, that they do, invent, create… it just leaves me in awe!

They’re like big, crazy computers that we get to program. We do all kinds of training, learning and trying, to help us understand how to do different things. Like how to build better businesses and build better lives.

While all that learning and trying is happening consciously, there is the subconscious mind, running in the background like our brain’s operating system; that underlying system that makes our computers run. We're not even aware of all the things going on in there.

I know for myself, there are times when someone asks me a particularly intriguing question. And I say “I have to let my subconscious work on that for a little while…” and then I'll come up with an answer. Because that is an equally, if not more, powerful part of how my mind works. Deep in our subconscious, that's where the real action is. And just like our computers, we're not really aware of what's going on in there. We just know it makes everything work.

Your subconscious: that’s where the programming is that's going to make you richer, or poorer.

It’s so important that we understand this, so we can decide, do we want to change that programming or not?

I see all kinds of different ways that subconscious thoughts show up for people when it comes to their wealth: thinking small, not taking enough risk, or maybe taking too much risk.

I’ll see patterns of debt and boom, or an avoidance of numbers, or people not taking control of their numbers.

How you value your work can also play a big role.

There's some programming underneath that, potentially, that's going on. And you find out you aren't really growing your wealth as fast as you could be.

Your subconscious (while it runs all those attitudes, beliefs, stories, reactions and patterns)  could be slowing you down. It could be stopping you; it could be paralyzing you.

Which means the first step of wealth-building is understanding - revealing the programming that's going on underneath.

One of the first things I encourage people to do is have a conversation about childhood. (Yup, we got to go alllll the way back.) Start thinking about how you were talked to about money.

I had an interesting conversation the other day with a very successful entrepreneur. He told me about how his ‘blue-collar’ parents showed a clear distaste for people who own businesses. Here he is, an engineer running a business, and he realized that their feelings had been affecting how well he was running his business, and how he perceived he could use that business to build his wealth. It was fascinating! He's now doing the work to bring these thoughts up to the conscious level, so that he can start “re-programming” them. As GI Joe says, “knowing is half the battle.”

There are lots of questions that will help you uncover your subconscious thoughts about money:

When we were children, we didn't have the ability to screen out some of the messages that came our way. And now we accept them as gospel, even though they may not be helping us anymore. So we've got to really dig into those questions. We want to take the emotion out of money so that we can actually make it the tool that it is. 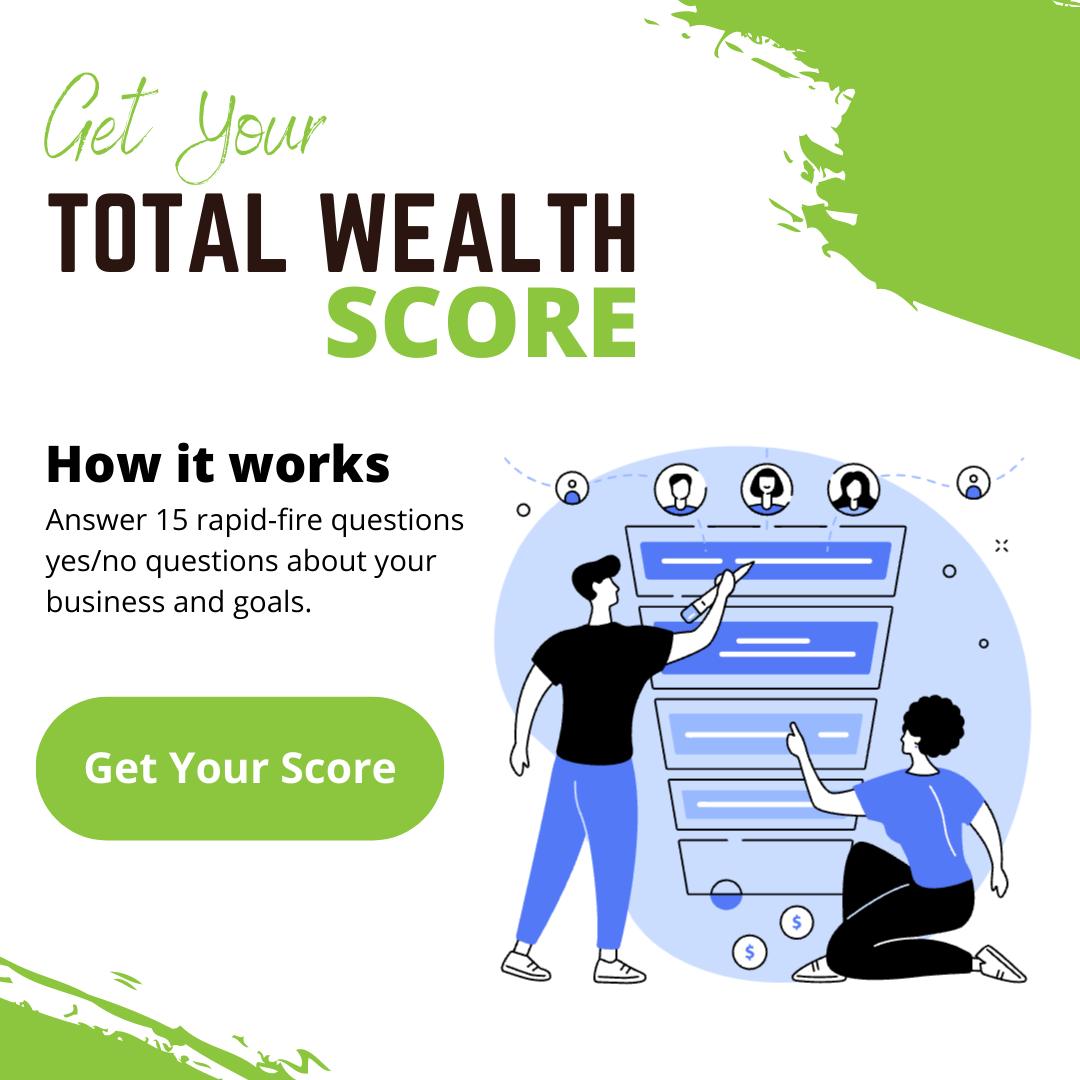 Because when I think about wealth, I don't think about just money, I think about quality of life, my health, good relationships with friends and colleagues, and things like that.

Those are the kinds of things that being truly rich and wealthy reflect, and we’ve got to get our brain onside, we’ve got to make our brain work for us.

This --  what I call Mindset -- is one of three key foundational pieces that you're going to want to look at to build more wealth in your business and in your life.

What kind of programming is your operating system running? Do you want to find out? I’ve developed a fun (and informative!) assessment tool that you can go through to get your Wealthy Entrepreneur Score. It’s fast and free. Find out if your brain is helping you or hindering you. And what can you do to start making changes.

It’s like the grooves in sand or snow -- we’re just kind of carried along. How many times have you left work, and then realize you’re home? Your subconscious drove you there; you weren't really paying attention. This is the power of the subconscious.

Those ruts can be deep. Where are they taking us? Are they carving a path to where we want to go? Because if not, we have to find a way to get out of the ruts and carve a new path. Look to your end destination, and make sure your mind is onside and actually helping you get there faster.

That’s when you start to have a richer life, and a wealthier everything else.

Please log in again. The login page will open in a new tab. After logging in you can close it and return to this page.